Getting someone’s attention is not a once and for all achievement. Sustaining presence in someone’s mind is ongoing work, and it’s common to misunderstand the value of a well-performing social media post.

Think about a regular social introduction. Imagine you’re waiting at a bus stop in the morning, and a fellow commuter makes small talk, “Car’s in the shop. Finally getting my AC fixed.” As the bus approaches, they tell you their name and you shake hands, and that’s the end of it. It’s a normal day at work, and you decide to pop in some earbuds to get you over the hump. A tried and true playlist will do just fine.

Now suppose the next day you see the same person. This time during your bus stop interaction, they tell you they are on their way to meet with an agent at a popular record label. Their band is on the brink of getting signed ahead of a sophomore album release. They’re nervous about the meeting, but they feel proud of the work they’ve put in over the years. Having the support of a label could really boost their career to new heights!

What do you think happens when you get to work and put the earbuds in? If you spot the person randomly later that day, what’s going through your head? That person gave you an engaging story to follow. They gave you a reason to be interested, and they made your interaction a special one by including you in the emotion of their professional journey.

You were paying attention to what was coming next, but as it turns out, they’re only interesting in person.

Now their car is out of the shop. You don’t see this person at the bus stop the next day. Maybe you decide to follow their Facebook band page while you’re standing there, waiting. All you see are show promotions. “We’re playing here, catch the next show there, tour starts soon” and that type of content continues for the next month.

The opportunity to keep you engaged was missed. They were on your mind, you were paying attention to what was coming next, but as it turns out, they’re only interesting in person. It’s a mistake a lot of musicians make, and it’s a symptom of a disconnection between the work and the goal. The term “dark,” borrowed from venue lingo, means your assets are dormant; they’re not working for you. Going dark between live events is a good way to lose followers, lose momentum, and even lose inspiration. Sadly, it’s probably the most common habit in brand marketing for musicians. 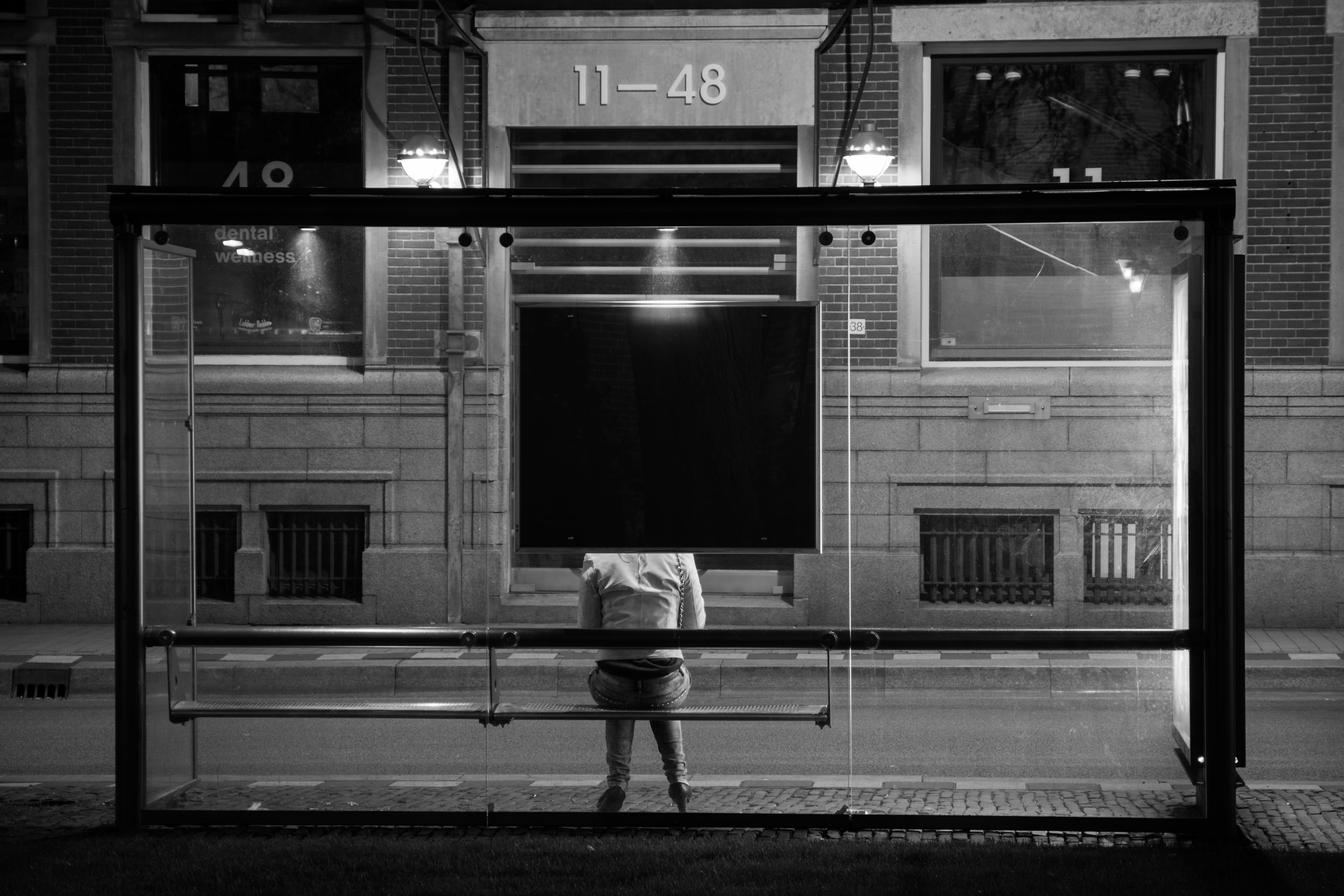 How can you avoid this pitfall? There are a few approaches, but the 1st step in each is to realize that, apart from your musical project, you are a storyteller, and the story that you present is not (or should not) be improvised, even if your music is. The direction may not be clear at first. It takes some dedicated thought, some experimenting, and some reinventing before finding that story you want to tell, but it’s important to land somewhere consistent. The story you tell will be the 2nd half of your brand identity.

The next thing to do is consider what it is you want from your followers. If it’s live show attendance, structure your story to serve that purpose. The live show should be a part of the story; a single release, a video release, a new member or collaborator. If it’s awareness for a political movement, aim your story at something actionable for your followers. Show how you’re involved in those things.  Expand on how a song calls out an important topic, and engage your fans in conversation to empower them to get involved.

Lastly, choose the right channels for your type of storytelling, and stay active. An ongoing dialogue with an interested follower is not fitting for Instagram, it’s just not interesting for others to see when they’re on the platform, scrolling through photos, but it fits well with Facebook’s format. Twitter is appropriate for shoutouts, callouts, and other communication that is in a general sense, one-way. You are talking TO your followers, not necessarily WITH them, although Twitter can be quite effective in seeding further conversation on other platforms.

There is a formula buried underneath your successful media content. Excavating that information, and creating a model for your content thereafter is critical work for sustaining presence and laying track for continued success in your career in music. No one is good at it from the start, but you’ll find that mindful content creation will quickly boost you ahead of anyone with less focus on sustaining presence.

⁠We like to remember good music, that's why we d