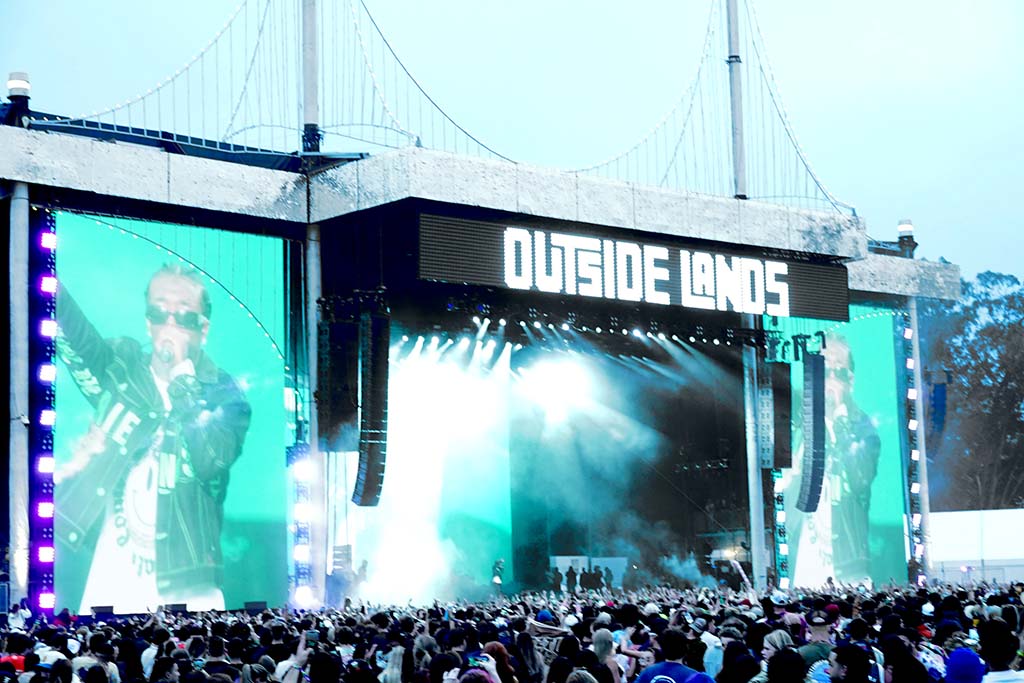 Outside Lands 2022 took place from August 5 to 7 at Golden Gate Park in San Francisco. Green Day, Post Malone, and SZA headlined this year’s festival. The OSL lineup also included Phoebe Bridgers, who spoke of the fond memories she had of attending the festival as a kid. She added, that her only regret about playing at the festival was that she was missing SZA. A lot of the artists talked about their fondness for OSL and their time spent in San Francisco in the past. A lot of the band members from Jack Harlow’s band went to college in the area.

One thing I’ve learned in my years of attending Outside Lands is that you have to come to peace with missing sets. Wherever you are is where you are. For example, I had planned to catch the beginning of Pusha T and then witness a good portion of Pussy Riot. However, as the crowd shifted I found myself in the front row and in the middle of a high-energy mosh pit that I couldn’t escape. I did however catch Pussy Riot’s last song … only because I ran my fastest from the Lands End stage to the Panhandle stage when the set ended. I had to dodge a lot of drunk walkers but I made it!

I missed Hiatus Kaiyote because I couldn’t get off work fast enough on Friday. Additionally I didn’t get to see The Linda Lindas because we had a Balanced Breakfast meetup on Saturday morning. I did however see Oliver Tree, who roasted the audience, The Marias, which is always a treat, and Green Day, the highlight of the weekend. In fast forward I caught Lil Uzi Vert, Phoebe Bridgers, Local Natives, Mac DeMarco, Jack Harlow, Planet Booty, Tyla Yaweh, Tre’ Amani, Michelle, Jelani Aryeh, Weezer, and Post Malone.

Jack Harlow
One of the biggest highlights of this years music festival was seeing my friends Dylan, Josh, Rob, and Blake from Planet Booty open for Post Malone on Sunday via the Lands End stage. Getting booked for OSL feels like every Bay Area artist’s stepping stone to bigger notoriety. The band gave a performance that left fans sweaty, bothered, and feigning for more. If you don’t already know Planet Booty, they’re an East Bay band that fuzes funk and pump in a sexy body positive manner. The shows get weird in the best way possible.

Much as I love Outside Lands Music Festival there are some things they could do better. The bathrooms needed to be serviced more often than they were, sinks refilled with water, and the general area freshened up. Based on the number of tickets sold it felt questionable if there were enough facilities and food. The lines were long for bathrooms and for grub. Thus there were many people peeing behind the murals. (Yes, that’s a puddle of pee!)

The full breakdown of artists is below. View the daily lineups HERE.

These bands applied to play BB’s showcase in Aus